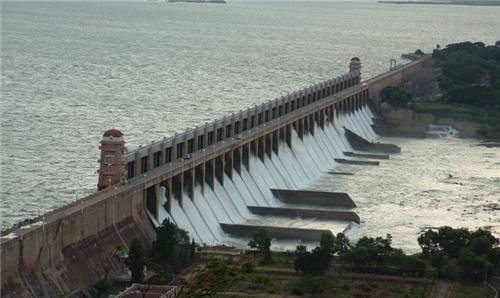 Shivapur Hydel Plant is a 18MW power station which is situated on the left bank canal of the river Tungabhadra, close to Hospet. It is notable that this is the very first Hydel Power Project to be commissioned in the post independence period, in the private sector. The Shivapur Plant has been awarded with the prestigious ISO 9001 and ISO 14001 certifications and has turned out to have 98% of plant availability factor consistently. This power station supplies power to high tension industrial consumers which utilize the Karnataka Power Transmission Corporation Ltd (KPTCL) grid, with a wheeling and banking arrangement. The best standards of quality, health, workplace aesthetics and safety policies make Shivapur plant a great example of BPCL's management and project management skills.

Star Metallics and Power Company Private Limited is promoted by Euro Industrial Enterprises Private Limited (EIEL) and ETA Star Holding Private Limited of Dubai. EIEL acquired a 15MVA power furnace along with 95 acres of land and building from SMIORE. This plant is located at Vyasankere near Hospet and efforts were taken to restart the furnace using power resources other than the economically unviable state grid power. The state grid power was not thus helpful in the production of ferroalloy in the long run and so the plan was unsuccessful. The next decision was to install a 32 MW Thermal Power Plant to inflate the power supply at Vyasankere. This plan was also dropped and to take advantage of the rapidly growing market, EIEL has started the 15 MVA furnace with power from the public utility grid, GESCOM since January 2008

Plans for the Plant

This ferroalloy Plant on a 95 acre plot at Vyasankere is located about 12km from Hospet on the National Highway 13. Before selling the plant, SMIORE was operating one 15MVA and two 20 MVA furnaces. After acquisition, SMPPL is operating the 15 MVA furnace with state grid power and also plans to re-start the 20 MVA furnace purchased by ETA. In addition to it, SMPPL proposes to establish a 32 MW Thermal Power plant with the aim of providing a dependable power supply source. SMPPL also has plans to equip the power plant with air cooled condensers to preserve the available water for the power supply process needs.

The following are the electrical equipment companies in Hospet:

Power Generating Companies in and Around Hospet

Comments / Discussion Board - Electricity in Hospet