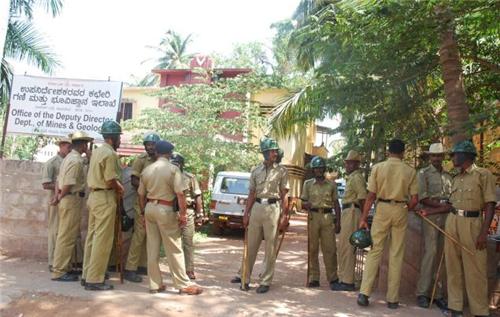 The government has entrusted the police with the welfare and security of the public. As a part of their security measures, the police department has set up networked security systems across the society. From detection of crimes to action against criminals, the police act in a diligent and quick manner. The Hospet police use technologically advanced security systems such as GIS, City Surveillance, Closed-circuit Television (CCTV), Area Traffic Control, sensors and detectors, and so on. In case of emergency, the police immediately enter to clear the area and establish safe rescue routes. The people are free from fear and anxiety due to these well-planned emergency services.

The Police Department has also developed a lot of measures for disaster management. They have organized ready-made plans for first aid, such as immediately alerting hospitals as well as arranging transport. Police vehicles are fixed with megaphones to provide information to the public about Hospitals and Help Centers. The police also use advanced technology like CDR Analysis to identify the deceased people. There are around 600 home guards available for emergency services, 56 of whom are specialists in fire-fighting. The police department has a very strong communication system, including wireless and landline networks. Apart from these, every police station also has mobile phones with CUG plans for SHOs and Supervisory Officers for their 24 hours availability.

The following are the police stations in Hospet:

The following are the fire stations in Hospet:

The following are the 24 hours emergency toll free numbers for Hospet:

The following are the blood banks in Hospet:

The following is a renowned eye bank in Hospet: