Imagine you had an extra day added to your weekend and want to get off for a while from busy city life. You would definitely plan for an exciting trip outside your city, to any nearby place. For people and tourists in Hospet, Hampi is a great historical and tourist destination, being just about 12km from the city. Then, there is the famous tourist city, Hubli which is also close to Hospet (149km and apt to plan for a weekend trip).

Unakal Lake - A beautiful and picturesque spot, this is a place where tourists come to enjoy the sunrise and sunset. It is also a perfect picnic spot, decorated with a lush green garden and offering many recreational activities including boating. The lake is around 110 years old is just at a distance of 3km from the city of Hubli. 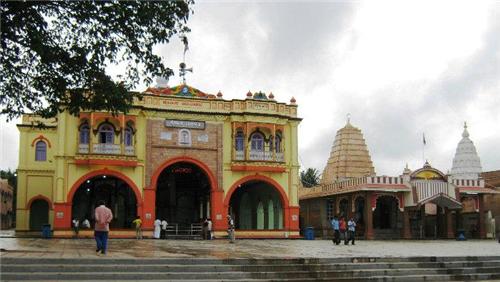 Siddharoodha Math - Constructed in memory of Shri Siddharoodha Swamy, in 1919 this is a renowned religious institute and a centre to propagate the “Advaita” philosophy taught by swamiji. This site was visited by Lokamanya Gangadhar Tilak and then later in 1924 by Mahatma Gandhi. Many of the followers of Swami Siddharoodha gather at this spot for celebrating the yearly car festival which takes place on Maha Shivaratri.

Traffic Island Situated in the central part of Hubli city. This island is located in the area where eight roads meet up. Kittur Chennamma Circle in it has been recently renovated by investing Rs.70 lakh. There is also a lawn formed around the statue.

ISKCON’s “Sri Krishna Balarama” Temple Strikingly similar to the ISKCON temple model in Bangalore. The main building of this temple is built at Rayapur by the International Society for Krishna Consciousness (ISKCON). ISKCON practises the good service of providing midday meals to around 80,000 schoolchildren of Hubli and Dharwad. This temple is open to all visitors since February 12, 2006. 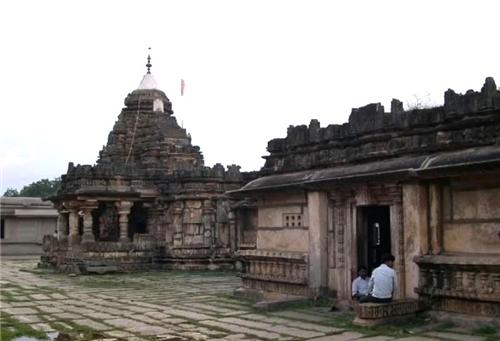 Tapovana is famous for it's spiritual activities. This was built by the great orator and visionary Sri Kumar Swamiji. His lectures were so famous that people from all over the country used to gather to listen to them. His disciples have continued this tradition even after his death. Earlier, this 'math' was called the “Navakalyana” matha and then changed to the name "Tapovana".

Asar Established under the patronage of Mohammaed Ali Shah. Asar was built around 1646 in order to perform the function of a hall of justice. This edifice is of great significance but the entry of women is restricted inside. Every year, in this edifice, Id Milad un Nabi is celebrated by the Muslims living in Hubli.

STPI (Software Technology Parks of India) Multi-storeyed IT park. STPI Hubli has the pride of being the fourth autonomous software gateway in Karnataka. It is located in the IT Park centered at the very heart of the city. This huge IT park spans an area of 2,77,000 sq.ft and operates since May 2001.

Banashankati Temple Architecturally beautiful temple in Amargol. The structural marvel of this temple is the centre of attraction for tourists. This temple contains the Nagara superstructure, built in the stepped-diamond style. This 13th century temple is now undergoing conservation and restoration work.

Karnataka College Famous college built in 1889. The administrative building in this college was constructed later in 1953. The college offers degree courses in Arts, Commerce and Science. This college is highly esteemed and one of the earliest colleges in north Karnataka.

Indira Glass House An exquisitely beautiful glass palace. There is a visually delightful yearly flower show held at the Glass House attracting huge crowds. It is also the perfect spot for hosting many exhibitions, programs and meetings. This Glass House shares a striking similarity to the one that is located in Lal Bagh at Bangalore.

Idgah Maidan Important religious place. This Maidan is at the middle of Hubli, adjacent to Kittur Channamma Circle. There was a religious controversy regarding the “Idgah Maidan,” which led to a severe communal violence. There was also police firing during this incident and a large number of people were shot dead.

Basel Mission Church Situated on Station Road, Dharwad. This huge and famous church was built in 1844 under the benefaction of the Basel Missionary Society. This church is 76 feet in length, 42 feet in breadth and 24 feet in height.

Moorusaviramath Built around the 12th century. This place contains the “Samadhi” of Shri Gurusiddeshwar Swamy. Apart from that, this place is also used as a public garden maintained by the city municipality and it offers many recreational programmes. It contains an enormous glass building, which resembles Lal Bagh in Bengaluru.

Murugha Matha Located on Savadatti Road. The leader of this math, Saint Mrityunjaya used to offer food to hundreds of students, who travel everyday from their villages to study at the educational institutions of Dharwad. There are also lectures, prayers and music programmes held here every Monday.

Shankara Math Located at Yalakkishettar colony near JSS College. The math's architecture consists of tiles, ceramic statues and grass lawns. This place is also famous for a huge meditation hall which is between the two "gopuras".

The following are the places you can consider as your weekend getaways, in and around Hampi: 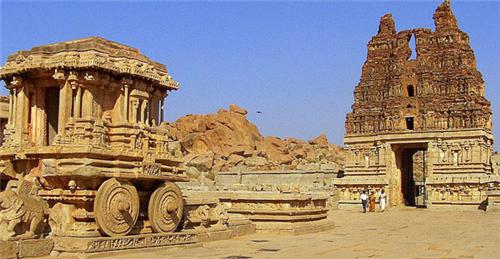 Vithala Temple Magnificently built temple. The stone chariot here is famous for being carved out beautifully. Most of the pillars of the stone chariot have amazing stone carvings. The temple area is very huge and therefore you need a lot of time to do sight-seeing here.

Lotus Mahal Famous for the carving of a lotus bud on its dome. According to the result of historical research, this Mahal was the socializing area for the royal family's women.

Raghunath Temple Major tourist and historic location. Tourists flock to this temple mainly due to its historic significance and also for religious purposes.

Queen's Bath An ancient bath displaying the ancient artisans' craftsmanship. The total area of this ancient bath is as large as fifteen meters. It has been built beautifully consisting of a gallery, verandas and hanging Rajasthani balconies.

The Royal Palace One of the greatest tourist attractions of Hampi. This ancient palace is situated at the entrance of Hampi, which is in Hospet. It is believed that the royal family of the Vijayanagara Empire lived here. The palace is well known for its magnificent architecture and is towards the south of Kamalapuram village. Located in the southern region of Kamalapuram village, the site is also approachable from Hampi Bazaar.

The Archaeological Museum Museum with a huge collection of significant archeological artifacts and items. This marvelous collection of sculptures was done by British officers and were present earlier at elephant stables. These antiquities were then moved later to a modern building in Kamalapur in 1972. This popular museum contains four galleries and encloses a model of the Hampi valley, surrounded by a corridor. 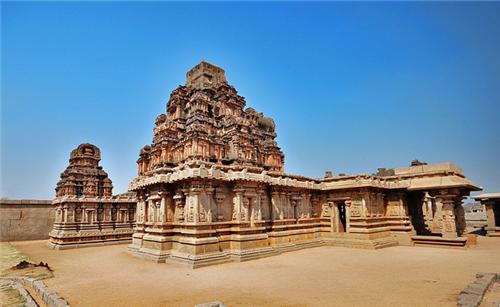 (image courtesy: Flickr)
Hazara Rama Temple A popular religious and sight-seeing spot. This temple in Hampi used to be the private worship area of the royal family. That is why this temple was originally called Hajana Rama, meaning the palace temple. The temple consisted of many marvelous carvings from the epic Ramayana in the ancient days and they are also present there till today.